If so, then you may be interested in covenanting together with us to vote in unison for a qualified candidate.

A Biblically Qualified Candidate
We believe the following scriptures, among others, provide qualifications for civil rulers. Exodus 18:21, Deuteronomy 16:18-19, Deuteronomy 17:15-19, and Proverbs 31:4-5.
Exodus 18:21 requires civil rulers to be able or capable men of truth who fear God and hate covetousness.
Deuteronomy 16:18-19 requires that a civil ruler judge justly and not take bribes or be a respecter of persons.
Deuteronomy 17:15-19 requires that civil rulers be natural born citizens and be knowledgeable concerning the law of God. It forbids them from multiplying horses.
Proverbs 31:4-5 teaches us that wine and strong drink are not for civil magistrates.
From these passages we can form a composite picture of a qualified candidate:
Issues for the 2012 Elections
The following issues are deemed to be significant issues of the day and will be used as the criteria for evaluation of candidates.
Abortion – must believe that anything done with the intent to kill an unborn baby is murder. Acceptable solutions would include removing state abortion laws from the jurisdiction of federal courts.
Wars of Aggression – must recognize foreign dominion as a sign of judgment and seek to extricate the US from all treaties that cede authority over the US to any party other than duly elected officers in offices established by the Constitution and under oath to uphold the Constitution.  Should seek to end all foreign wars of aggression, collapse the US Empire, and bring US soldiers home.
Federal Reserve – must understand the threat this corporation poses to our well-being and seek to revoke their charter, including any intermediate steps to reduce their power and obscurity.
Federal Spending – must have a plan to balance the Federal budget within his first term and eliminate Federal departments that are not authorized by the Constitution (e.g. Education, Energy, Interior, Health and Human Services, and Transportation). Must recognize existing tax rates are too high.
Homosexual fornication – must believe homosexual fornication to be heinous sin and seek to criminalize this activity wherever the federal government has Constitutional jurisdiction – i.e. armed forces, Washington, DC.
Constitution – must believe the constitution to be the law of the land and be committed to rescinding all existing legislation and vetoing all new legislation in violation of this law.
Party vs. Covenanted Voters
The big difference between this concept and a party is how a person becomes a candidate. With a party a person declares himself a candidate and then tries to accumulate money, often prostituting himself in the process. The candidate then persuades people to vote for him. With covenanted voters, the people persuade a person to be a candidate. The candidate does not need to raise money, because he is not trying to persuade anyone to vote for him. He can spend his time developing real solutions to the problems that face the nation and using whatever stumping opportunities are given to him to present these ideas. Any resources to get someone elected are spent directly by the people who are seeking to elect the candidate.

The goal is not to debate who is the "best" possible candidate. The goal is to find a candidate who meets the prescribed qualifications and is willing to accept the responsibility of ruling. Any candidate, meeting the legal requirements for office, for whom people are able to vote is electable. Whether or not the majority of people in a wicked land would ever be willing to vote for such a person is really irrelevant to our duty of choosing qualified men to rule.

This approach allows a candidate to obey the injunction in Deuteronomy 17:17 (“…neither shall he greatly multiply to himself silver and gold.”) against accumulating money. It would seem this principle is violated when the first action a candidate takes is to raise as much money as possible.

It is expected people in each state will use their write-in process to get their write in votes counted. In most cases, these are quite simple. In Texas for example, it only takes 34 signatures to get on the write-in ballot. In North Dakota, only three and the filing deadline is mid-October. See the (http://writein2008.blogspot.com/) for details on individual state laws.

Should We Use OT Laws in Ethical Decisions Today?

Even among Christians, who all recognize Jesus Christ as the King of Kings, there is significant disagreement about which of the many words that he has spoken are applicable in any given situation and which are not. One doesn’t have to listen to this debate very long before hearing the assertion, “We are not under law, but under grace.”  In fact, these words themselves are part of the law of God. (“…for you are not under law, but under grace.” Romans 6:14b)

What do they mean? To answer that question, let’s begin by defining the terms, particularly the terms under and law. In the Bible, Law is used in several different ways. It can refer to:

Since this article is much longer than a normal post and formatting is tedious on the web, the rest of the article here (where formatting is much easier). 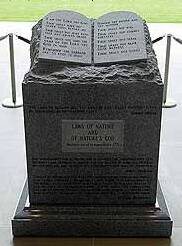 Pro Life with No Exceptions?

Pro Life with No Exceptions? What about ectopic pregnancies?

Yes, there are no known cases of a pregnancy in the fallopian tube surviving, but spontaneous regression of the tubal ectopic pregnancy does occur frequently. But even if it doesn't, while treatment of the mother is absolutely necessary to save her life, murder of the unborn baby is never right or necessary. If this doesn't make sense, these doctors explain and illustrate this principle very well.  Official Position of Pro Life Physicians on ectopic pregnancies

Labels: Abortion
Email ThisBlogThis!Share to TwitterShare to FacebookShare to Pinterest

Truth From Russia? On Pragmatic Voting?

Why post a Russian's observations on this year's American presidential election? Because sometimes what's not so obvious to those of us in the middle of something is to those looking on from outside:

"And so we come to the case of the actual elections, or rather the mock elections. Once more, as has been the road show every 4 years for the past 24 years, Americans are given the choice between two muppet clones, presented to them by the two wings (Democrats and Republicans) of the One American Party of Oligarchs.
This year, more so than any other year, the two candidates have never been so much alike. In truth, what is the difference between the Muslim half Arab and the Mormon? Nothing. Both are war mongering socialists, running a bankrupt gangster war state. Both hold real Christianity in contempt at best and outright hostility at worst. Both are happy to promote filth and homosexuality to destroy what little Christianity is left in America and export this evil. Both are quite happy to empower one Islamic regime after another to murder Christians.
What is the difference that would make Americans ready to fight each other in the elections? Ready to beat each other's faces in? What? Why simply one has a D and the other an R and we all know that for bread and circuses to work, the circus has to be filled with blood." - Stanislav Mishin, August 12, 2012

Taking America back, Turning this country around, and whatever else conservatives are hoping to do in this election won't happen by voting for the "lesser of two evils" or by the victory of one socialist over another socialist, or even by the victory of a capitalist over a socialist. The liberty that conservatives are seeking to restore flows from obedience to King Jesus and his Word.  Far more important than whether a particular party wins is whether your vote for a particular candidate is obedient to scripture.  Far more significant as an indicator of progress is how many people obey scripture and remove their children from the idolatrous government school than how many people are voting for Romney. Far more important in restoring political liberty is how many Christians in the jury box obey God rather than men and refuse to convict people who have done no wrong.


Hath the LORD as great delight in burnt offerings and sacrifices, as in obeying the voice of the LORD? Behold, to obey is better than removing Obama, and to hearken than a Republican senate. 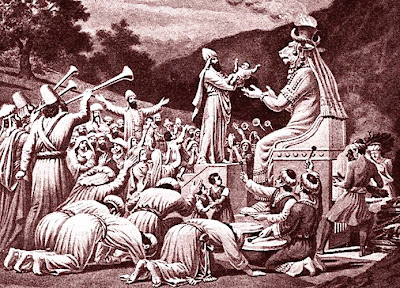